This facility has not yet been rated.

Beginning July 15, 2018 the playground at Norich Park will be closed for renovation. The playground, which is located on the east side of the park near Finian Lane, will remain closed for approximately 5 weeks while new playground equipment and shade structures are installed. 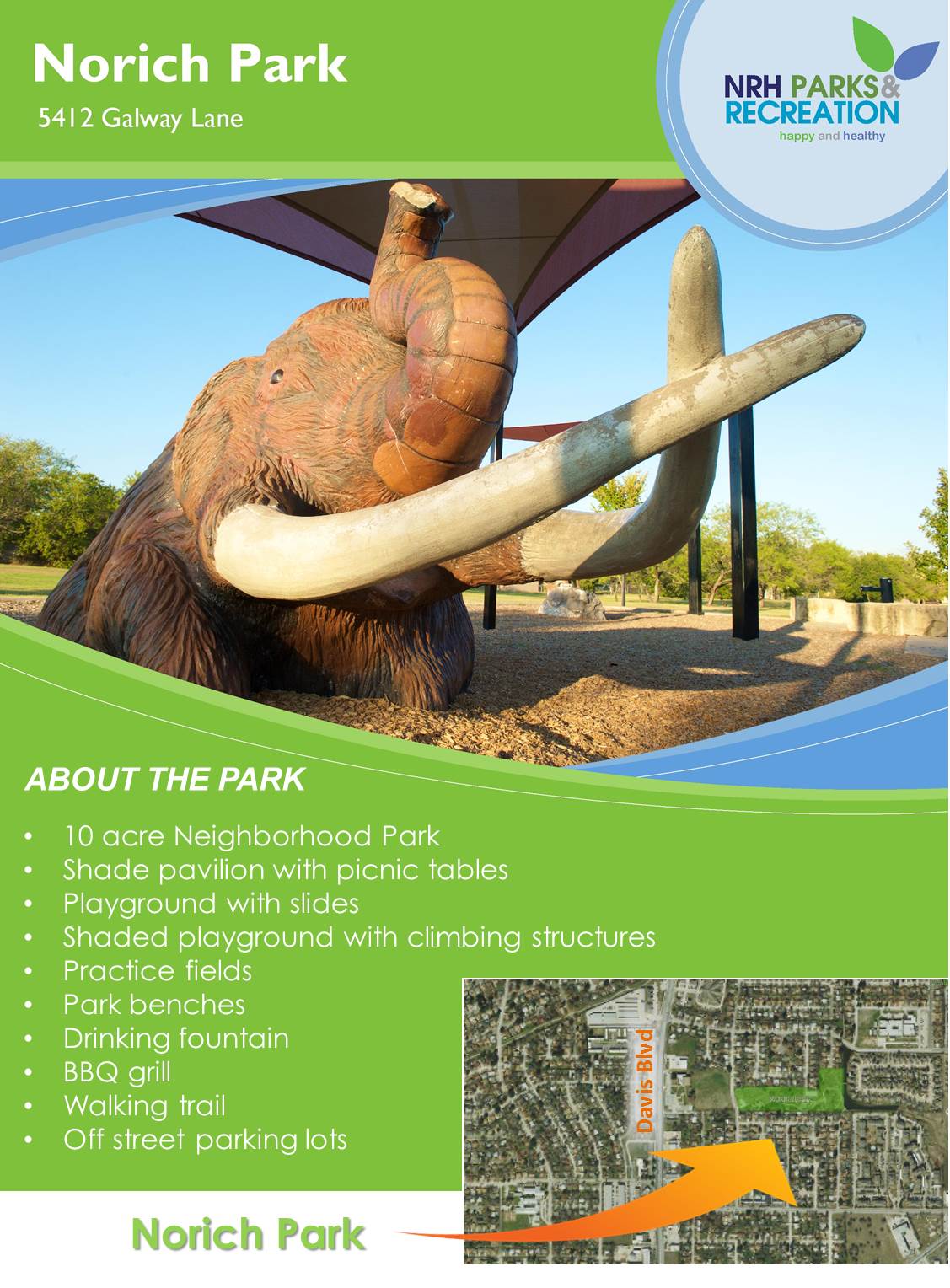 The name "Norich" was derived through a city-wide contest that was held when the park was first established in 1973. It is understood that a Mr. Bobby Lusk submitted the name of "Norich " in this contest and was selected as the winner at the same time that two other parks were named - Northfield Park and Richfield Park.