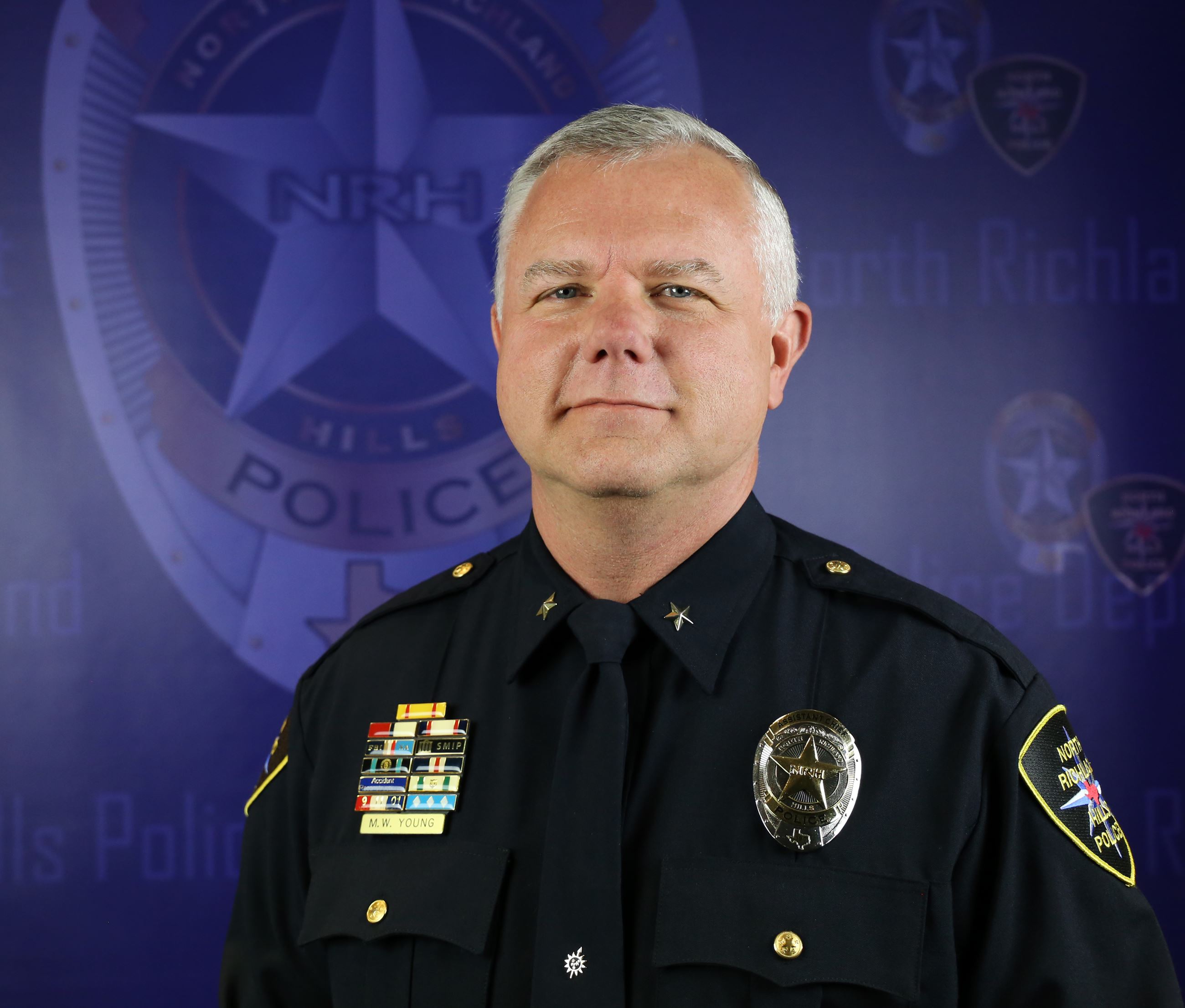 The Management Services Bureau is under the command of Assistant Chief Young. This Bureau is responsible for coordinating the activities of the Administrative Services Division and the Technical Services Division. In addition to the assistant chief, the bureau is staffed by one captain, two sergeants, eight police officers, one civilian division coordinator, and 68 civilian personnel.

Assistant Chief Mike Young has over 30 years' experience in law enforcement and 4 years enlisted service with the United States Air Force. He began his career with the North Richland Hills Police Department in 1985 and was promoted to Sergeant in 1997. Early in 1999, he was promoted to the rank of lieutenant. Later in the same year he promoted to Captain and served in that position until his promotion to Assistant Chief in 2013. Assistant Chief Young holds a Master Peace Officers License. He is a Texas Commission on Law Enforcement licensed instructor as well as law firearms instructor. Assistant Chief Young is a graduate of the FBI National Academy, the Advanced Management College at the Institute for Law Enforcement Administration, and the 38th Session, Senior Management Institute for Police (PERF). Assistant Chief Young holds a Bachelor of Arts and Science Degree from the University of North Texas and a Masters Degree from the University of Texas at Arlington.